Flutter Europe our notes and thoughts

We're just on our way home from flutter europe 2020 in Warsaw. This is the first flutter event we've been to, however we look forward to attending many more in the future. Typically we mainly go to Joomla and PHP conferences, so it was a bit of a departure from the norm for us.

We'll shortly write an article about why web developers might want to learn flutter and dart, but that'd be a bit off topic here.

Flutter Europe was a community organised event, rather than being commercial or promotional, though there was a feeling that various parts of Google helped in various ways. The event was on Thursday and Friday, in the copernicus centre by the river in Warsaw, this seemed like a great venue with excellent facilities. Both days were split into two tracks, so there was plenty of choice.

The conference opened with a keynote of sorts by Emily Fortuna and Filip Hracek, though it was more of a nice low key fireside welcome than a jobsian keynote.

We started off with Norbert Kozsir's talk on widgets, render objects and elements. This was a good technical talk on widgets and moving beyond their capabilities using render objects. This dive through abstraction UI levels was a great way to better understand how build context ties it all together.

Next up was Simon Lightfoot's talk on navigation, routes and transitions. We picked up some good lessons in app navigation here, with some ideas and examples that we'll have to try when were back in the office.

After lunch we attended Swav Kulinski's talk about using flutter at work. His London based agency has been introducing flutter development into a historically native mobile development team. There was some useful lessons on adjusting to flutter and what was easier and harder than anticipated.

After a bit more coffee in the hallway track we went to see Alexandr Denisov's talk on multi platform and adaptive UIs. This was excellent and very practical with excellent examples of how to successfully develop for phones, tablets and other device sizes. We'll definitely try and implement some of the concepts explained here to improve tablet UI in our apps.

Next we saw an eye opening talk from Marcin Szalek on developing complex UIs in flutter. As we're fairly new to flutter we've not really moved beyond the generic widgets for user interfaces. Marcin showed, through a set of 3 progressively more complex examples, how amazing and imaginative UI designs could be implemented in flutter. This was practical with code examples and clear explanations. I think this was probably our favourite talk of the conference.

The last talk of day one was was Remi Rousselet's drill down into provider. While we've used provider in flutter for some basic state management, this gave some excellent practical details on how to leverage provider more fully. It has the potential to solve some developments issues in elegant ways.

On the Thursday evening there was a party in a city centre venue, this was fun, and an interesting opportunity to chat with other members of the flutter community. In our varied and various conversations, we spoke to peers from Ukraine, France, Poland, Spain and the UK. There was also live music from Dylan Beatie, which was a funny collection of soft(ware) rock parody songs, my favourite of which was "your APIs are a hall of shame, you give rest a bad name" to the tune of Bon Jovi's you give love a bad name.

We started day two with Oleksander Leuschenko's talk on AR with flutter. This was really interesting and included some great demos that surprised us, in terms of what AR and VR is possible with flutter. There are still some complexities with regard to hardware support and implementation in iOS and Android, but it was great to better understand what is possible.

Next was Hillel Coren's talk on practical lessons learned using flutter in the development of the Invoice Ninja application. This was a good account of the processes and issues from building their app with a small team, and the advantages over native development. It was also great to see the web app version providing almost identical UI and functionality.

The last talk of the morning was from Emily Fortuna and Andrew Fitz Gibbon, on flutter animations. Flutter enables some great animations, for transitions of for animatrd UI elements and this talk gave some really great practical pointers on the best ways to approach the various use cases. It was also a good primer on the best maths to use for the various effects.

After lunch we attended Roberta Goodhead's session on flutter forms. This was an excellent overview of of form fields, validation and UI interaction within forms. There were plenty of practical bits to use on a day to day basis here.

Next we went to Pritt Latt's talk on CI/CD in flutter, which provided a nice holistic overview of CI/CD development and use in an app development agency. We also spoke to Pritt's colleagues at the Codemagic stand, and we're looking forward to trying out the codemagic flutter CI/CD build as a service system.

Rihanna Kedir's talk was next, and the topic, bringing flutter to the web is of great practical interest to us. Although we use dart2js to transpile frontend logic, we've not really tried building whole flutter applications for the web, mainly because flutter web is still in beta. Rihanna showed some great use cases for building flutter apps into progressive web apps, and we're looking forward to trying this in practice. Although it would be really helpful if google provided a roadmap for flutter to web, it looks very workable already really.

The last talk we went to was Lara Martin and Miguel Beltran speaking about accessibility in flutter apps. This is often neglected as a part of app development and testing, in the rush to ship, so it was excellent to see how the process of reviewing an app's accessibility can be done, and then resolving issues raised. Always being conscious of accessibility is the right path to take, and this talk provided us with the knowledge to apply that in flutter.

The conference was closed by and entertaining keynote from Dylan Beatie on some curiosities of the software world and how he came about inventing the programming language rockstar.

We were definitely glad to attended the conference and found as well as learning a lot on a practical and technical level, it was also great to get a feeling of what the flutter community is like. We were not totally sure how many attendees there were, perhaps 300-500 and the event was sold out. We throughly hope there is a Flutter Europe 2021, if so, we'll be there!

Huge thanks to the organisers, speakers and sponsors for making it all happen.

You can find more info on Flutter Europe and flutter at...

We took a few photos during the conference, here are some of the better ones... 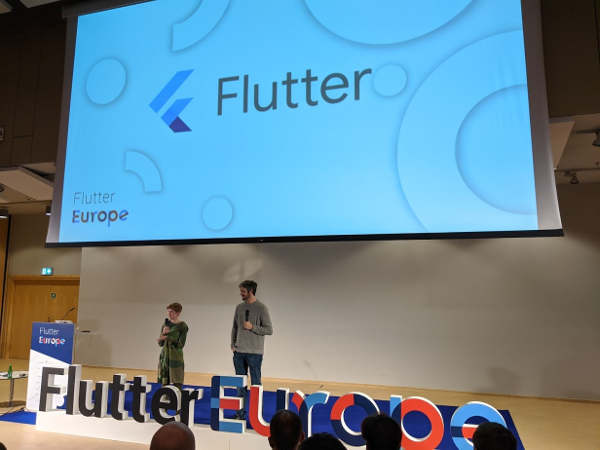 Norbert Kozsir - flutter, what are widgets, render objects and elements? 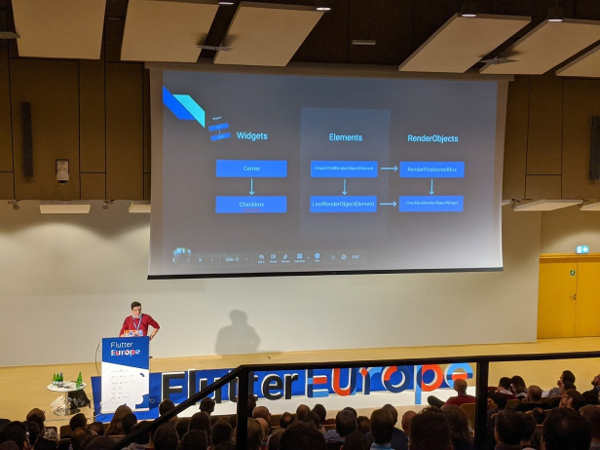 Simon Lightfoot - navigator and routes and transitions... oh my 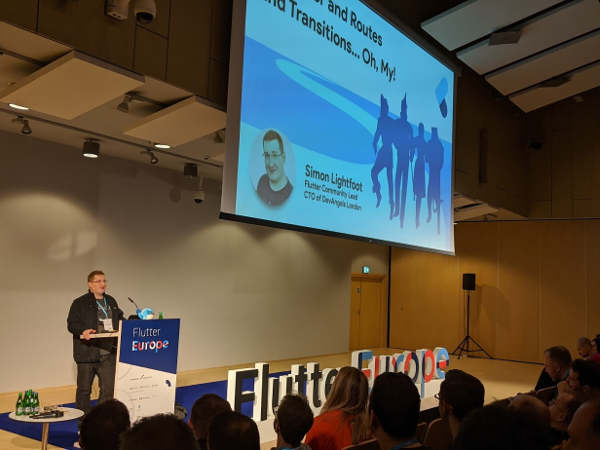 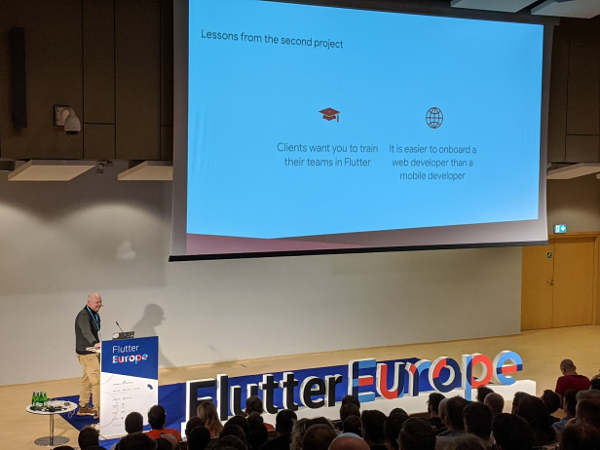 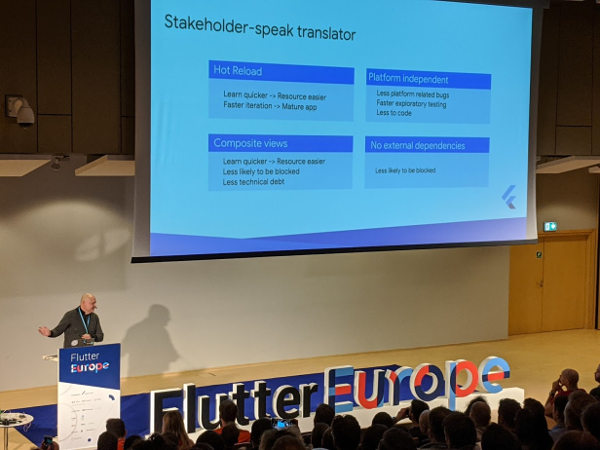 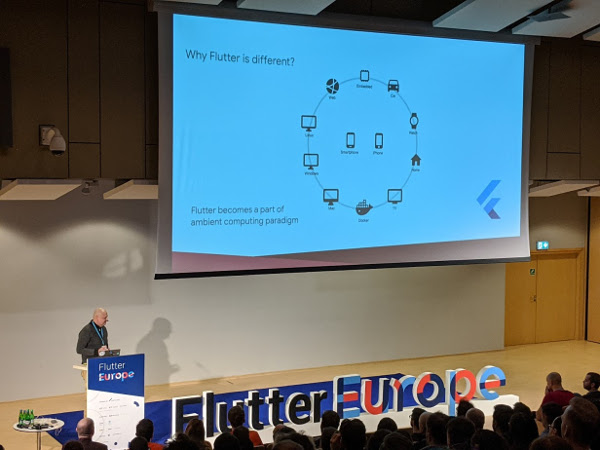 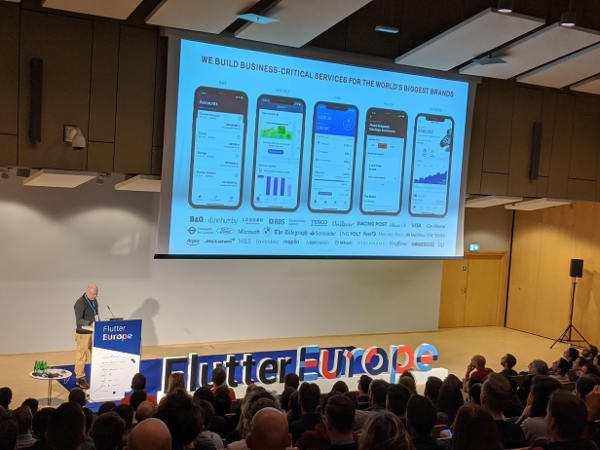 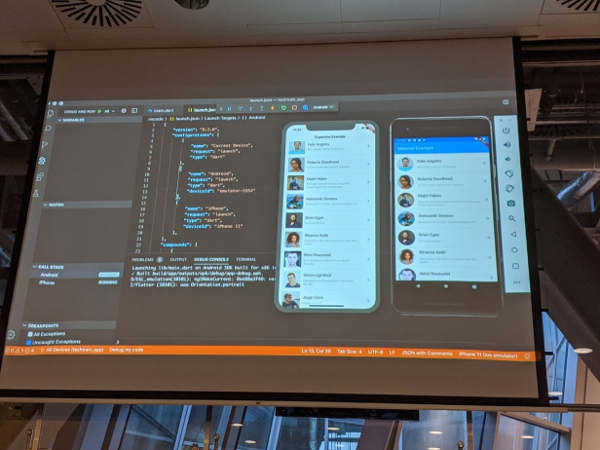 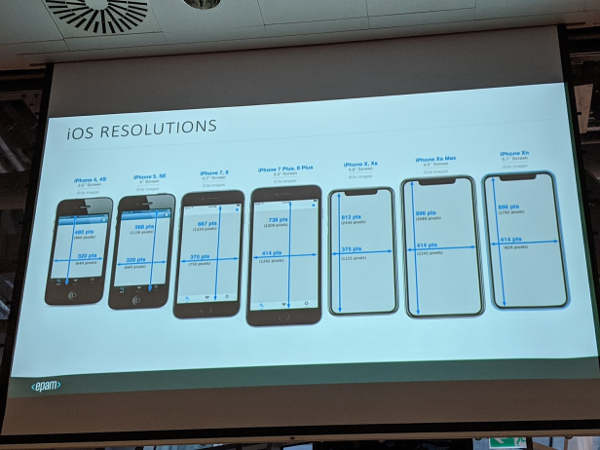 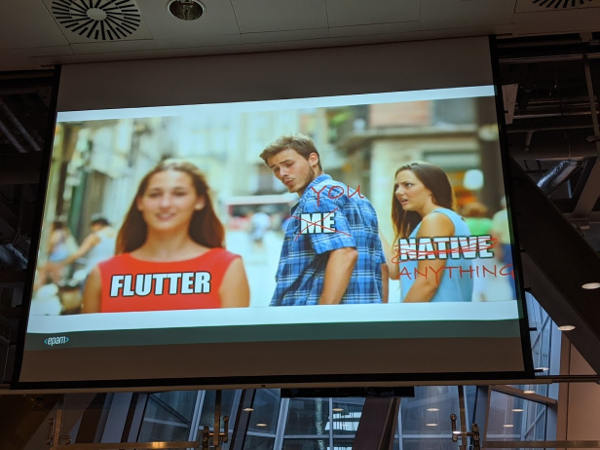 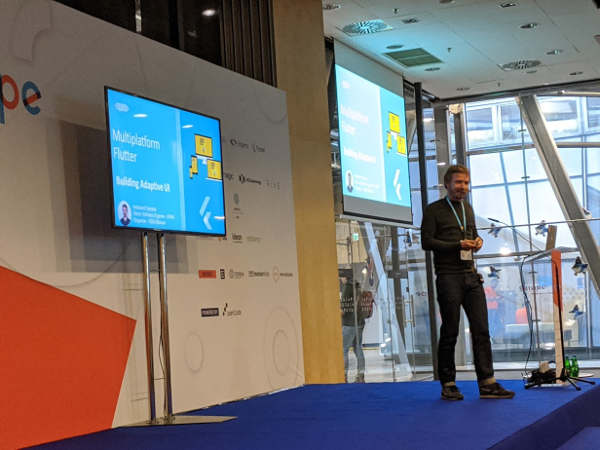 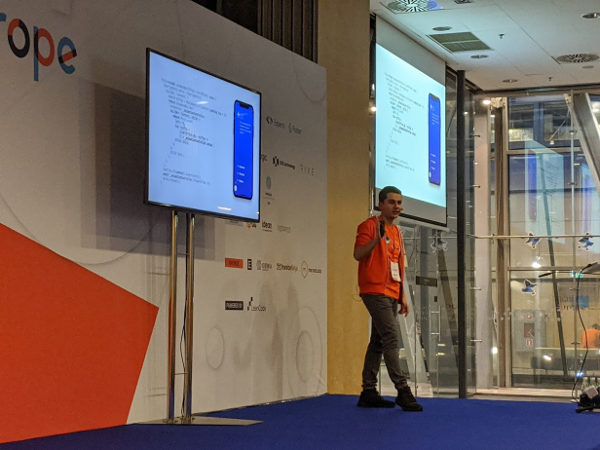 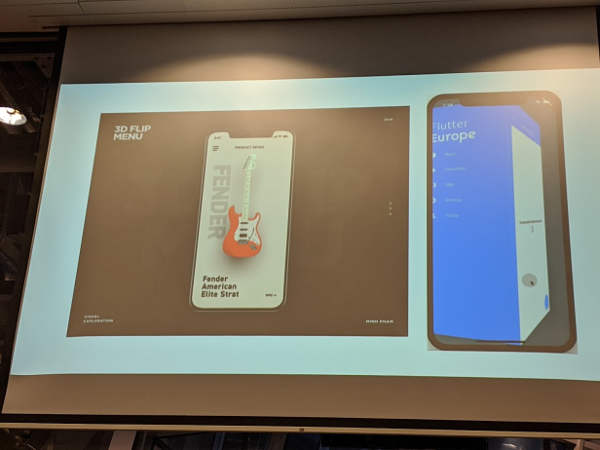 Remi Rousselet - everything you need to know about provider 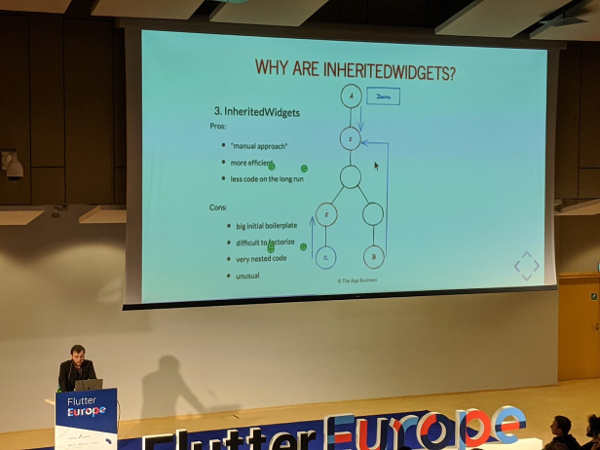 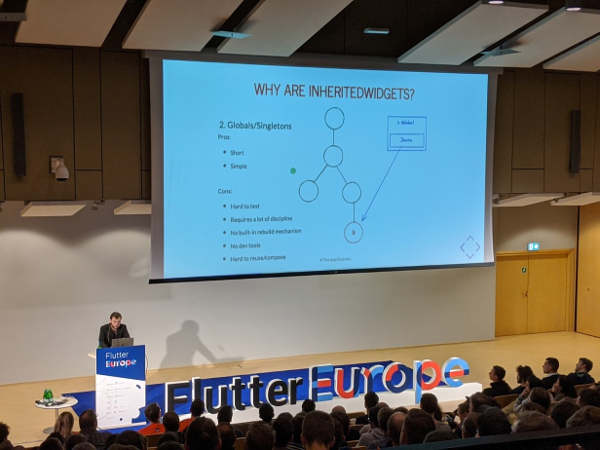 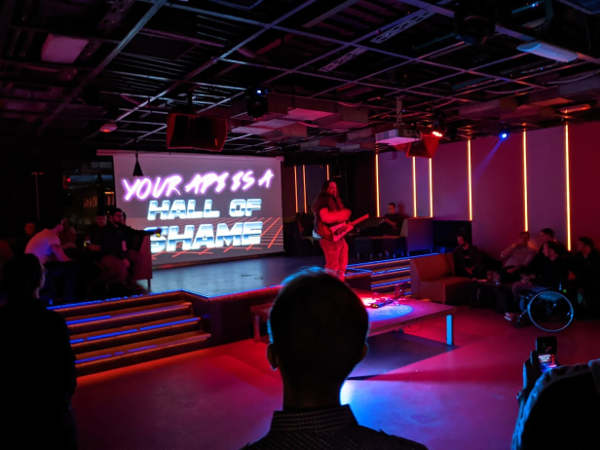 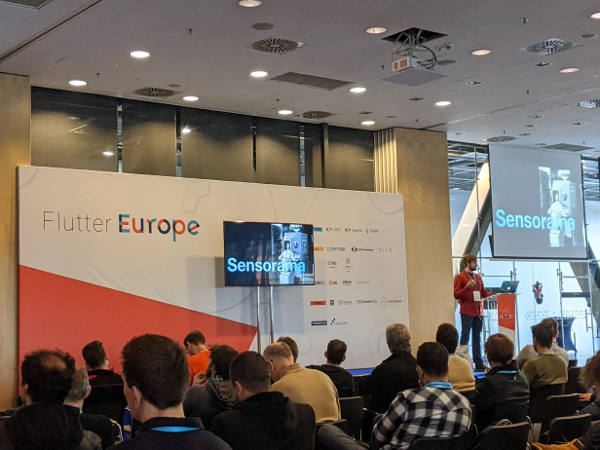 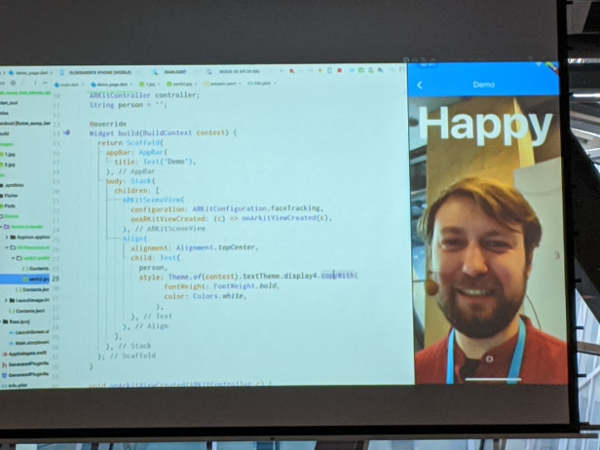 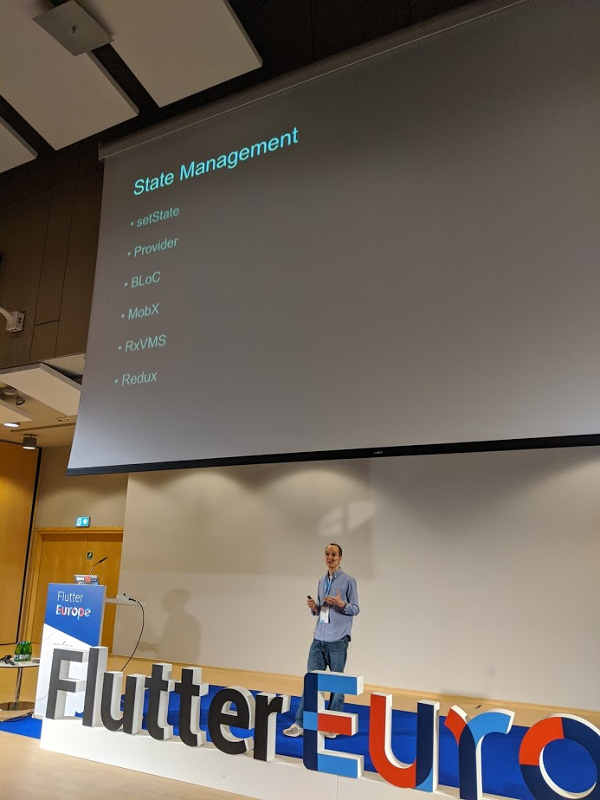 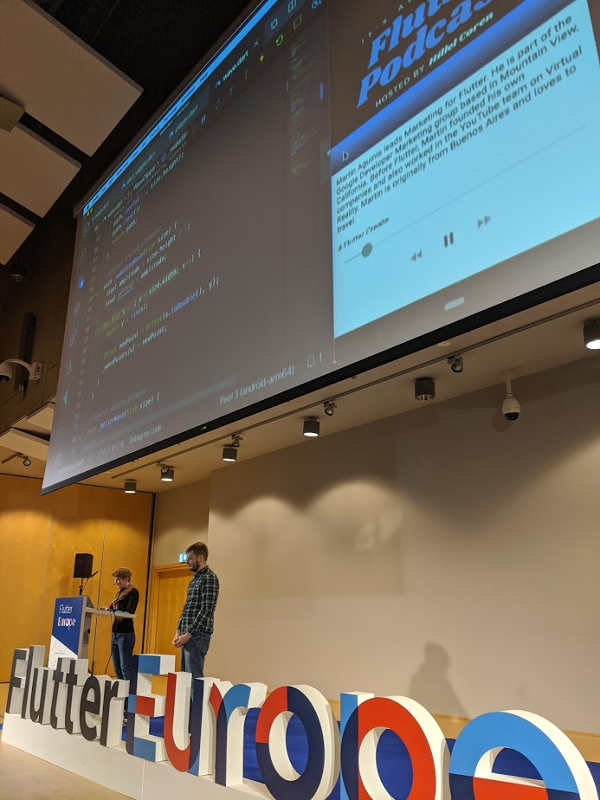 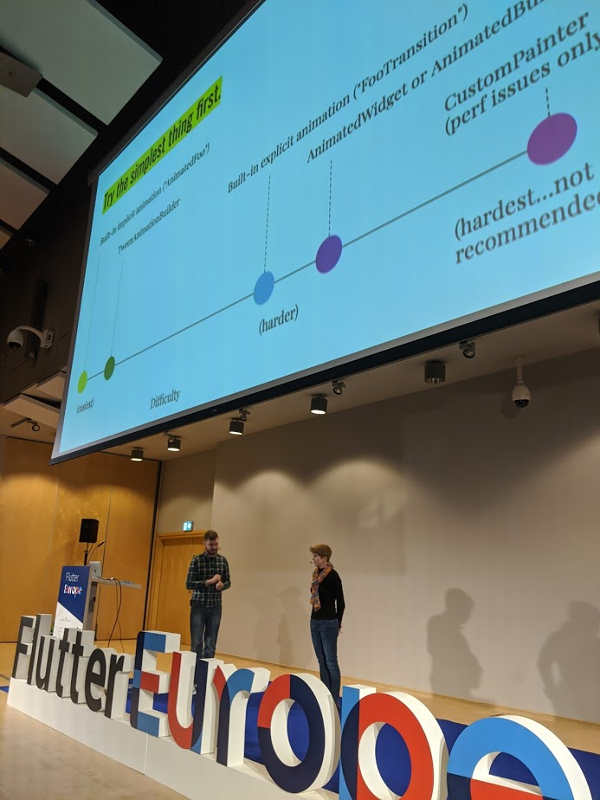 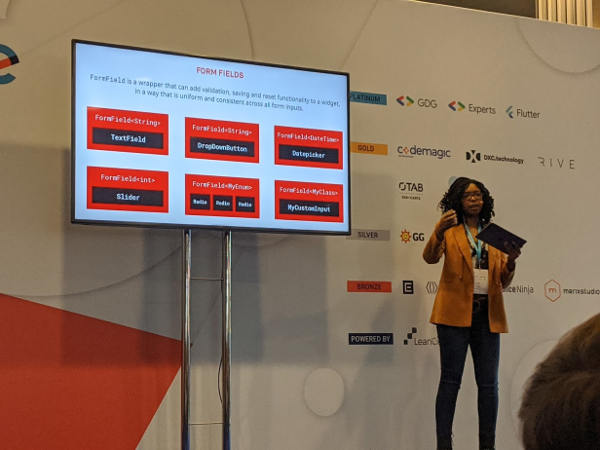 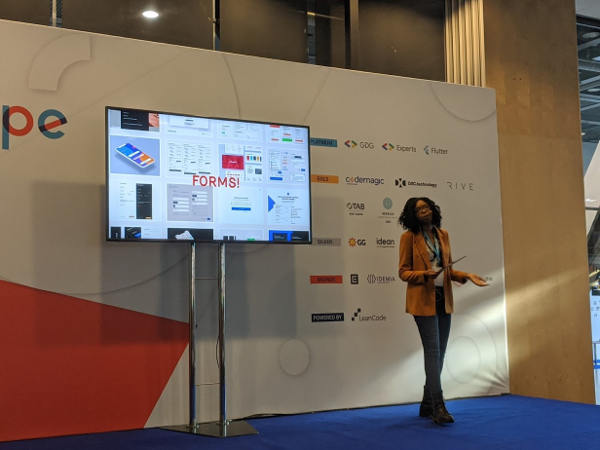 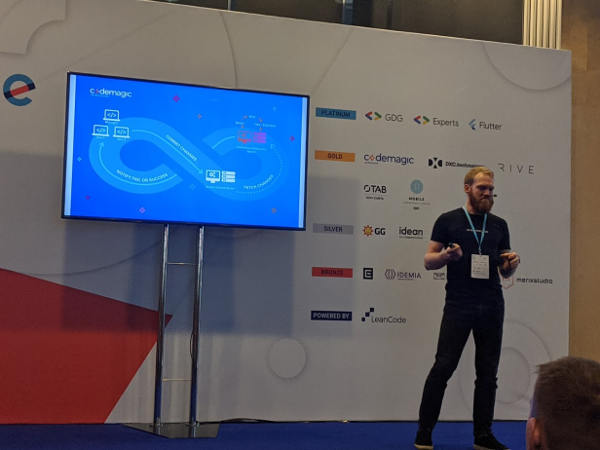 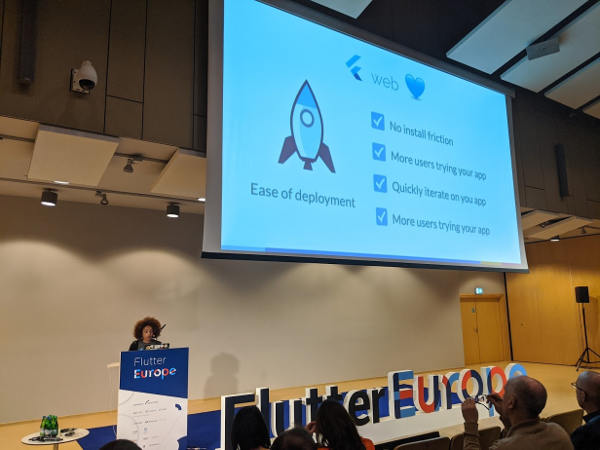 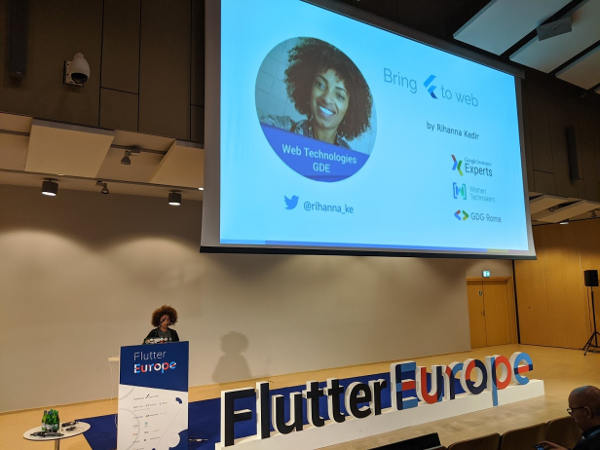 Lara Martin and Miguel Beltran - apps for everyone with flutter 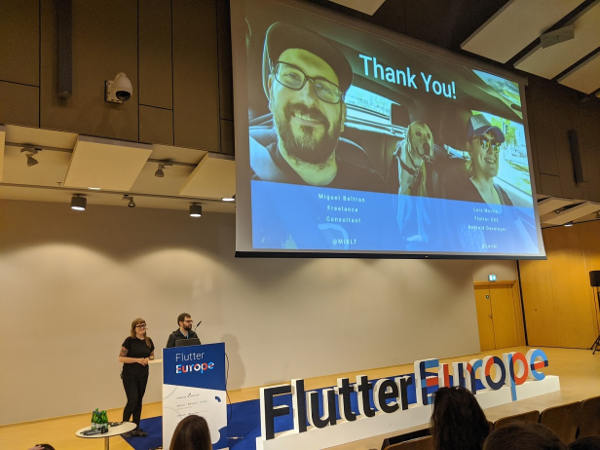 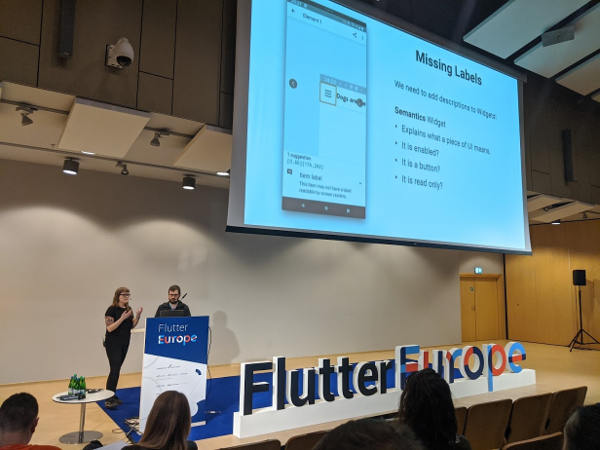